The Sage Island team recently worked with the Wilmington Hammerheads to generate a marketing strategy to build excitement for an important upcoming friendly match against Toronto FC. A major league soccer team coming to Wilmington is a big deal, and we wanted to make sure the community is aware and just as pumped as we are. And because social media tactics are a surefire way to amp up special promotions, went all out to strategize, promote and deliver results. Here’s what we came up with:

We proposed a week-long contest to ultimately reward one lucky fan with four tickets to the Wilmington Hammerheads and Toronto FC match on June 18, halftime recognition, free entry to an invitation-only cocktail meet and greet with pros from both teams the night prior to the game, an autographed Toronto FC jersey and more. The contest launched on Friday, June 6th and ran through Friday, June 13th. 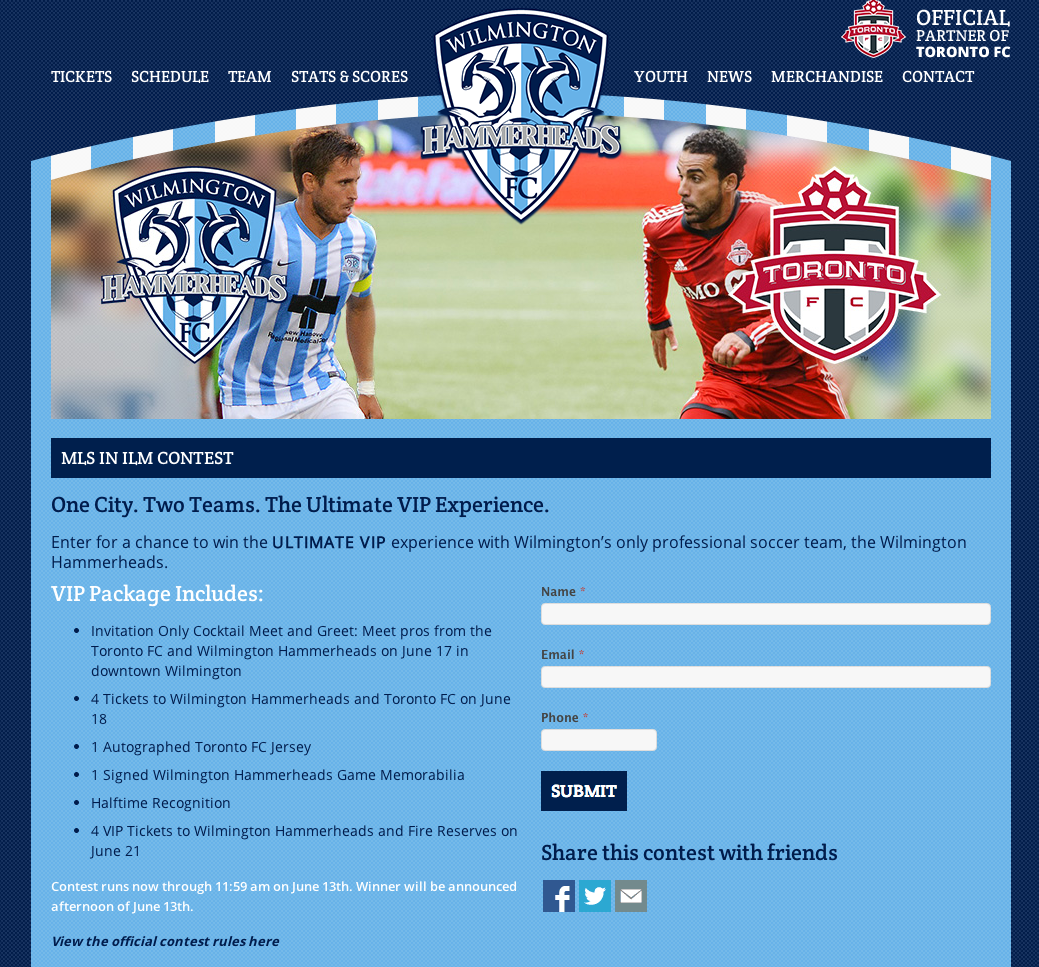 To help publicize the contest, we implemented a Promoted Post campaign on Facebook. We crafted a message to encourage contest participation, shared the URL for people to enter and designed a custom graphic (which looked awesome while also following Facebook’s advertising guidelines) to include within the link-share. We targeted this post toward a strategically selected audience including those interested in soccer, specific teams, brands and others—along with a few defining characteristics such as age and geographic location. 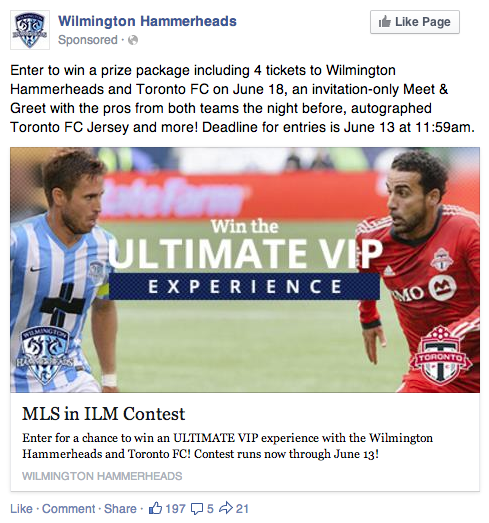 With a total advertising budget of $400 (two promoted posts for $200 each), the Hammerheads’ posts reached 49,499 people and garnered 651 post engagements. That’s a cost per engagement of $0.61—which is great! Of those post engagements, 395 were website clicks. That’s 395 visits to the contest entry page! The posts also resulted in 235 post likes, 132 Page Likes, 18 post shares and 4 post comments.

The Wilmington Hammerheads saw a total of 597 contest entries! One winner was chosen the weekend before the friendly match, as planned. The invitation-only cocktail meet and greet on June 17th was well attended by the community, and approximately 1,000 people showed up for the friendly match on June 18th!

We’re so thrilled to have helped build buzz and reward a loyal fan for the Hammerheads during this exciting time for the soccer community. And we’re even happier to have leveraged social media to do it! If your business has a special initiative coming up, the Sage Island team can help make it more successful—whether it be through contests, social media, print advertising or other tactics. We have a creative team of skilled professionals with tons of marketing tricks up our sleeves.